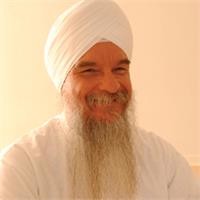 SIRI BAHADUR
7:00 CLOSING CEREMONY - SPEAKER AND GONG MEDITATION
SIRI BAHADUR
India Taylor’s songs offer empowering, healing lyrics that support listeners’ intentions, dreams, and journey. Her lyrics, often mined from moments of self-therapy, benefit listeners by affirming their innate wisdom, personal freedom, and well being, restoring feelings of peace and courage.
“With positive affirmation songs, you can feel your well being very quickly because the lyrics focus the scattered attention of the mind, while the beat focuses the body on celebration. Then the emotions follow,” she explains.
India Taylor’s musical style is eclectic and includes influences such as pop, New Age meditative, Celtic, rock, and jazz. She is an expressive singer with a soothing voice. Awards include an Emerging Artist grant from Jim Beam Bourbon as well as winning the Future Charters and American Songwriter Magazine competitions.
India is a member of the Holistic Chamber of Commerce. Her positive lyrics and music are used for everyday inner peace, and also in many therapeutic situations by mental health professionals, massage therapists, rehab nurses, people undergoing cancer treatment and recovery, and more.
Gang of Seven
Gang of Seven play Modern and Classic Rock, and don't shy away from Country, Blues, or Folk. Their crowd pleasing originals and wide variety of standards suit most any venue. The sound is vocally rich, guitar powered, and full of quirky fun.
​Sat Purkh Kaur
A KRI Certified Level Three Kundalini Yoga Teacher as well as Lead Trainer in the Aquarian Trainer Academy, Sat Purkh is known for her work in Sound & Mantra as well as Humanology and the Women's Teachings; in 2008 she authored Everyday Grace: The Art of Being a Woman, an introduction to the Women's Teachings of Yogi Bhajan. more…
Sat Purkh joined the Kundalini Research Institute in 2006 and served as the Creative Director until the fall of 2013. A member of the Teacher Training Executive Council, she serves in developing the Three Levels of Teacher Training in Kundalini Yoga as taught by Yogi Bhajan®, and also served on the KRI Board of Directors from 2014-2017.
She has eight albums of sacred music, Nectar of the Name, Beautiful Day: The Aquarian Sadhana, Queen Be: The Goddess Within, Love & Other Miracles, One: Love, Life, Light, The Pearl: Maiden, Mother, Crone, The Guru Within, and Across the World Ocean. She lives with her husband and their menagerie of animals, and is always at work on her next album of sacred music.
Rick Busby
​Soon after the release of his sophomore album, Strawberry Moon, in late 2012, Rick Busby’s label, Private Angel Records, merged with DBM Entertainment, an integrated creative services company, which is also home to sister label, Atticus Records. After the merger, Busby was taken on as Creative Director for DBM, which includes project management responsibility for both Atticus and Private Angel. Since then, he has overseen the releases of Arizona, the critically-acclaimed Stephen Doster album on Atticus Records, Bob Cheevers’ On Earth As It Is In Austin on Private Angel Records, and is currently prepping Americana artist Devin Jake’s new record for release on Atticus in the fall of 2016.
On top of those projects, he is overseeing Atticus’ vinyl release of Doster’s Arizona as well as his own Strawberry Moon vinyl release on Private Angel, both of which should be ready in late 2016 or early 2017. Busby also expects to return to the studio in late 2016 with Doster on board again to produce the follow up to Strawberry Moon, which will be released later in 2017.
In early 2016, Busby and Doster launched The Atticus Report, a monthly, music-themed podcast series they produce and co-host together. The series, which is available on iTunes, Google Play and on The Atticus Report website surveys the world in search of music that’s good for something, bringing attention to famous and unheralded music, while visiting with interesting artists who are telling great stories begging to be told.
In addition to all of those projects, Busby, who is also a licensed teacher of metaphysics through the Unity Institute, is a regular speaker and musical performer at Unity and New Thought churches throughout Texas. He maintains Soul Diving, a website of his spiritual and creative writings, which will soon be relaunched as a podcast series and is working on his first book.
Siri Bahadur began teaching Kundalini Yoga in the 1970s when he was in residence at the Dallas Kundalini Yoga ashram. He is a graduate of the first Kundalini Yoga Masters Touch teacher training program and has been teaching at Yoga Yoga since its inception. He brings music to his classes with his original guitar compositions and through the sound of the gong. He believes that yoga allows students to define and redefine themselves as they travel their life path of realizing and fulfilling their destiny.